Conil and its enviroment

Conil de la Frontera, a fishing village located in “Costa de la Luz”, southwest of the province of Cádiz. It is a beautiful coastal place in the region of “La Janda”.

Conil is distinguished by its beautiful beaches that represent one of the great attractions of the town, its cliffs and pine forests of Roche, the extrovert character of its people, its streets and squares and the taste of typical Andalusian village. Conil is rich in traditions and enjoys an excellent handicrafts, pottery and exquisite gastronomy, highlighting the variety of dishes made with products of its abundant fishing and its fertile orchard.

We can find fourteen kilometers of coastline with long, vast and still virgin beaches of golden sand and crystalline waters and intimate coves. There, the visitors are in direct contact with nature; some of the most popular beaches are: “Bateles”, “Castilnovo”, “Fuente del Gallo”, or “El Puerco” and its coves (located in the northwest of the term, intimate and paradisiacal like “Camacho” “Melchor” “Cala del Aceite”, “El Frailecillo” or “La Encendía”).

Declared historic and artistic features monuments, we can find; St. Catherine Parish (s. XVI), the Misericordia Church (s. XVIII), Chapels of the Holy Spirit and Jesus Chapel (s. XVII). Walking through Conil, we see interesting examples of civil and religious architecture; good example of this is the “Puerta de la Villa”, known to the ancients as “Puerta de Vejer”, because it was the road that goes to the neighboring town. It is one of the four gates that formed the old walled that enclosed the town; landmark, point of entry and exit of Conil, which gives access to “Plaza de España”, center of the ancient part of town.

A building that highlight in the center is the “Torre de Guzman” which gave its name to the village for centuries, ordered built by D. Alonso Perez de Guzman, “Guzmán el Bueno”, in the early fourteenth century. It was the nucleus around which the new town came up during the fourteenth and fifteenth centuries. Walking along its streets, we find samples of stately homes of the seventeenth and eighteenth centuries, visits of great interest.

Another emblematic building is “La Chanca”, which was built in the mid of XVI, when tuna fishing reached its greatest splendor in Conil. The large increase in tuna fishing encouraged the Duke of Medina Sidonia built, between 1540 and 1560, a large building with a dual purpose: Serve salted fish factory and warehouse stores for boats and traps.

In the coast area we can find striking examples of defensive architecture: “las Torres Vigías”, like “la Torre de Castilnovo, de Guzmán, la Atalaya, de Roche y del Puerco”. During the middle Ages, a period in which it was common area “de la frontera”, Amiss Wars and Battles, so it is common to find towers and watchtowers build as defense notice while guarding the “almadraba”. “La Almadraba” is an ancient technique of fishing that it takes place on spring, since hundred years ago in Cadiz coast to capture a species of tuna called “atún rojo”. It is a tuna that is coming from the Atlantic to crossing the Strait of Gibraltar to go to the Mediterranean to spawn.

It is worth mentioning , when we walk through the path of Fontanilla , to the beach called the same name, the Mirador Trafalgar – Cruz de la Atalaya ” The Jabiguero ” reflecting a fisherman ( jabiguero ) pulling ” La Jábega ” , old fishing gear today obsolete . 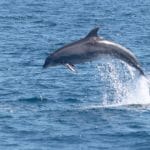